I Can’t Get You Out of My Mind 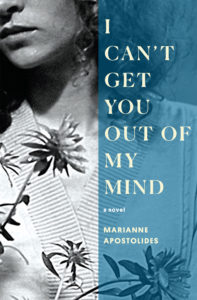 The origin story of I Can’t Get You could be a fun little book in itself. I’ve written about it in The Towne Crier.

Excerpts from an earlier draft of the book have been published—a draft written before I received feedback from my editor, Malcolm Sutton. In these excerpts, philosophy is foregrounded much more than in the final book. Although I’m happy with the transformation of the manuscript during the (harrowing) process of editing, I’m glad these traces of the novel’s first draft exist, rather than remaining on the cutting room floor like hundreds of other manuscript pages. These excerpts speak to the initial impulse of the book; I’m quite attached to them. The Minola Review published a story called “Perform,” in which the Minotaur is given centre stage; The Puritan ran a sexy little piece that focuses on AI; and Tikkun featured an excerpt that moves wildly through various ideas. Please note: The excerpt in Tikkun includes several references, which I’d like to acknowledge.

As a participant in the Winnipeg International Writers Festival, I created a video that includes readings, absurdities, and intensities…an attempt at capturing the tone of the book itself.

You can also listen to my virtual launch: a brief introduction to the book by my editor, Malcolm Sutton, plus my scotch-induced description of the writing process. 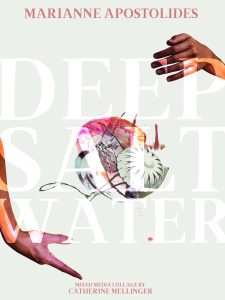 The Colorado Review ran an extensive conversation between me and writer Eric Maroney. We ranged from aesthetics to ideas about the writing process to the ethics of abortion and climate change. It was awesome to move so fluidly through all these topics.

My artistic exchange with collage artist Catherine Mellinger was vital to the book’s creation. This article describes that process.

My editor, Malcolm Sutton, asked some fantastic questions for this interview published in The Puritan. I really enjoyed extending the editor-writer relationship through this Q&A.

In this paper, presented at the conference of the Pacific Association for the Continental Tradition (September 2015), I discuss posthumanist philosophy, as explored in the novel and theatre.

Steven Beattie, the editor of Quill & Quire, asked me to write an article about sophrosyne after interviewing me at Word on the Street.

The work of photographer David Maisel provides the visual, sensual and intellectual medium for Chapter Five of the novel. I discuss Maisel’s work, and its influence on my novel, in this article published in The National Post. 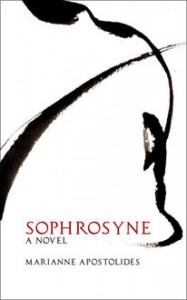 In this interview, I discuss the centrality of calligraphy to the novel.  The artwork of Noriko Maeda is included alongside my written responses, published in Matrix.

In this interview published in the Vancouver Sun, I discuss sophrosyne, Sophrosyne, and the process of transforming a philosophical concept into a novel. I wrote this interview prior to participating in the Vancouver Writers’ Festival; as I was signing books, two people approached me to say that they’d never attended a reading, but felt compelled to come because they’d read this article.

In this audio interview conducted by Sean Cranbury—part of his series The Interruption for 49th Shelf—I discuss the difficulties I faced when writing this novel. In particular, we explore why this book “made my psyche crack a bit.”

This video interview was conducted by my publisher, Jay MillAr.  In it, I discuss the two driving ideas behind the novel: sophrosyne and posthumanism. It was great to talk with Jay—the person who encouraged me to continue with the manuscript, even when I felt swallowed by its darkness. 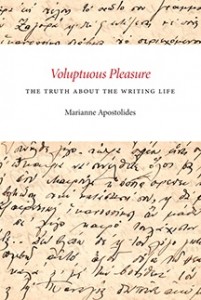 In this video interview, I discuss the book and read a brief excerpt from “What We Do for Money,” the piece set in The Mustang Ranch, one of Nevada’s most illustrious brothels.

My participation at The Ottawa International Writers’ Festival—I sat on a panel entitled “Truthiness or Dare” with Guy Gavriel Kay and Martin Levin—is excerpted in video form here.

Open Book Ontario included me in The Festival Series, where I talk about my participation in literary festivals.

rob mclennan conducted an interview on his blog, delving into the writing process.